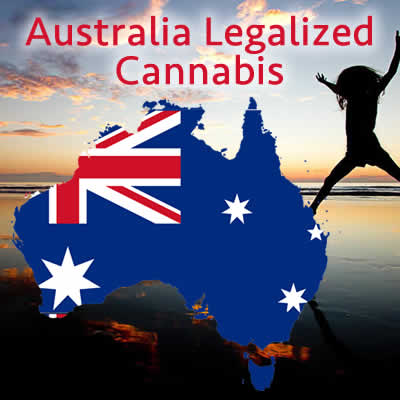 Medical cannabis now legal in Australia. Australian cannabis industry is set to grow. With this, comes interest in investment into commercial cannabis from the corporate world. What was once just whispered about on the streets and behind closed doors, is now seen as an industry with multibillion dollar future. Many years of lobbying from the medical sector and patients has finally had a positive result. But, it is only a start. Australian state laws need sorting out as it is still illegal in most states. Also, a national regulator for the industry needs setting up… 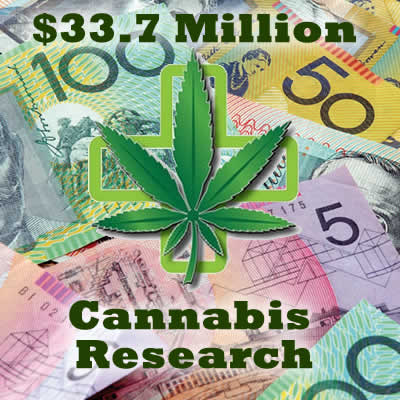 NSW grandparents gave the ultimate gift of love to the University of Sydney to research the medicinal potential of cannabis. Barry and Joy Lambert made an unprecedented $AU33.7 million donation to medical research. Watching their 3-year-old granddaughter, Katelyn, struggle with Dravet Syndrome prompted their generosity.

Katelyn was a normal, healthy baby up until 5 months old when she became sick. After 5 months of testing and emergency visits to hospital, Katelyn was diagnosed with Dravet Syndrome. This is a genetic condition that affects the brain’s electrical wiring.

Dravet Syndrome usually sows up in the first year of a child’s life. This rare disease causes seizures, blackouts and uncontrollable twitching. These can last for long periods of time leading to developmental delays and intellectual disability. A decline in the health of the child can begin in their second year. This puts them at higher risk of death from Dravet Syndrome effects and any other related illnesses…

To understand what effect smoking what strain will give you, you need to know what THC levels are. These levels determine the potency of the cannabis. Most strains have THC levels of between 10% and 50%. THC activates the brain’s memory and pleasure receptors, which discharge dopamine. The higher the THC level, the more likely you are to trip out.

Cannabis comes from two main types: Sativa and Indica. They have two distinct types of effects. Sativa strains you are best used during the day, with its uplifting high keeping you going through busy days. Indica’s are best at night with their mind and body numbing effects. Australia holds its own with its native cannabis strains such as Australian Blue (Aussie Blues), Bronze Whaler, Bubble Fuck and Aussie Ducksfoot…

Australian Cannabis statistics show cannabis remains the most popular and widely available illicit drug. Its use is rising across all continents.

Cannabis makes up 80% of all seizures in Europe. Only a small amount of countries are entry points. Moroccan cannabis resin coming into Spain accounted for over two thirds of the cannabis intercepted in Europe in 2013. There has been more cannabis plant material imported in Greece, Italy and Spain. And, Turkey seized 180 tonnes in 2013.

Cannabis is also Australia’s drug of choice. The 2013 National Drug Strategy Household Survey (NDSHS) found that a third of Australians used cannabis at some time in their life. This is despite Australia’s investment in services to educate people about cannabis to prevent and reduce its use.

Australian cannabis use statistics remain high when assessing the statistics from the 2013 NDSHS. It revealed that 35% of Australians over the ag of 14 had used cannabis at some point in their life. This equates to around 6.6 million people.