Australian politicians target welfare recipients with drug tests. Australia’s Liberal/National Party Government announced drug tests for welfare recipients in its 2017 budget speech. This trial will randomly drug test 5000 Youth Allowance and Newstart recipients and is causing much controversy. Testing will begin at three, so far, secret locations around Australia from January 2018. Anyone found positive for cannabis, methamphetamines or ecstasy will receive the bulk of their payments via a cashless debit card. The government justifies this as its responsibility to ensure taxpayer money is not used to buy drugs. 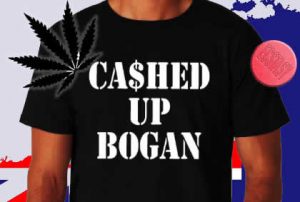 Right-wing politicians are slapping themselves on the back for tackling the ‘drug addict’ and ‘dole bludger’ problem. But the proposal met with a lot more criticism from the Labor Party and Greens, and other social service providers.

Australian Drug Law Reform Foundation president Dr Alex Wodak opposed the government announcement. He said random drug testing had been tried before in other countries and failed. It is costly per individual and there is no proof there is any benefit.

Since then, Social Services Minister Christian Porter told a press conference the drug tests only affected people receiving Newstart or the Youth Allowance. People on the carer’s, widow’s and age pensions will not face drug tests.

There are some who do not believe in the ‘randomness’ of the testing. The drug testing program has a profiling tool using data from the welfare system. The sceptics question how random drug testing will be if they use a profiling tool. It is more likely to identify people with the characteristics at risk of drug use.

Porter said people who test positive to drugs on several occasions will have to see a professional for assessment and treatment. But, anyone receiving welfare using cannabis prescribed by a doctor are exempt from the consequences of the program.

Senators hit back in disgust suggesting that politicians sit a breathalyser before voting on decisions in parliament.

In response to the government’s intention to use saliva drug tests against welfare recipients, University of Melbourne associate professor John Fitzgerald backs claims this type of program is ineffective. He said evidence from the US suggests these tests are costly with a low rate of positive drug test results. This is not a program that will help people with drug problems.

Fitzgerald said drug testing would add extra stress to communities already struggling to offer adequate drug treatment programs. There is a danger this will cause people to turn to other types of crime to survive because they still need the cash. He said the program will impact the part of society receiving welfare payments already involved in drugs in some way. This government program will not change that.

Further, Fitzgerald said it would not matter whether people tested positive or not. The danger is that by reducing people’s access to ready cash for living expenses, they will have to find it some other way.

The government plan to use drug saliva tests for welfare recipients has come under fire. Some believe the government drug trials deliberately target welfare recipients. Saliva drug tests only detect methamphetamines, ecstasy and cannabis in someone’s system. These are inexpensive drugs compared to cocaine and heroin.

Wodak said there were concerns this would push people to change their drug usage to drugs not targeted by government drug tests. Cannabis takes a lot longer to leave your system than other drugs. Drug testing may encourage people to switch from cannabis (known for few problems) to harder or synthetic drugs. There is a danger of rising crime and worse drug problems.

He also pointed out the drug tests do not target the real problem drug in the community that prevents people from working. Alcohol. Alcohol is the most crippling drug that affects society negatively and it is legal. Yet welfare recipients do not receive a breathalyser as a condition of their welfare payment.