FACS and the Kidnapping of Chase Walker the Anti-Vaxxers that prefer to use CBD Oil from the Church of Ubuntu is an on going struggle of parents trying to find the best care for their son.

Betrayed by the system, a fight for pro choice

A mother clings to her son’s wheelchair as police and government workers remove him from her care. This is the latest scene in an ongoing fight for a mother’s right to seek alternative care. What is wrong with this scene?

Cini Walker, mother to 4-year-old Chase Walker is at the centre of controversy that spans medical cannabis versus conventional medicine in Australia. Or, so it appears. Or is it about removing the rights of a mother to do what she believes is right? 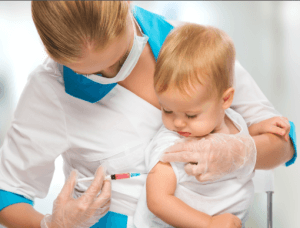 After years of working with a medical system that failed them, Cini is about making informed choices after years of watching her son hospitalised after every vaccination. She finally refused any more vaccinations in 2014. The medical world she trusted was failing her and her family. While the world paints Cini Walker as an anti-vaxxer this is not really the truth. She declares on her Facebook page – My family are not anti-vaxxers we are pro-choice.

Chase Walker, born in August, 2012, had a difficult delivery. There were faeces in his oesophagus. Declared a normal healthy baby, 10 minutes after birth, 2 hours later his mother noticed something wrong. After much testing, Chase’s diagnosis was severe epilepsy causing his brain to fit every 10 minutes. This was only the beginning, much more was to come. Chase’s health continued to deteriorate. Hospitalised after every vaccination, a further diagnosis of quadriplegic cerebral palsy at 15 months was heartbreaking.

Vaccinations given to their son exacerbated his problems

Chase cannot walk or talk, is nil by mouth, and has never wiggled his toes. He has never done anything a normal child does. For four years his parents trusted conventional medicine. Although believing vaccinations given their son during that time exacerbated his problems, they believed in the medical profession. They had nothing else. Cini and Chase’s father, Marc, followed the hospital care plan consisting of medications and feeding formula through a tube. He continued to have up to 100 violent seizures every day.

So, they turned to the controversial Church of Ubuntu for help. Chase went on an organic diet. They also contacted Dr Pot – deregistered doctor Andrew Katelaris who prescribed four doses of cannabis a day. Chase’s parents say his fits dropped to only a few fits a day in a short time.

Visiting the Lady Cilento Hospital for a routine check-up on April 27, doctors wanted to admit Chase into hospital. There was concern at his dramatic drop in weight from the organic diet. Doctors accused the parents of starving their son. Cini warned that if Chase was not allowed his cannabis, she would remove him from the hospital.

Which she did when they refused. Chase’s parents believed the hospital was killing their son. Desperate, they removed Chase from the Brisbane hospital appointment and fled Queensland to New South Wales. They turned to the Church of Ubuntu for help, who took them in.

This sparked a bizarre Amber Alert from Queensland Police. The couple accused of kidnapping their son based on medical neglect.

BJ Futter runs the controversial Church of Ubuntu. The Church is a wellness community based on organic diet, herbal treatments and the benefits of cannabis oil. Practitioners prescribe cannabis oil to people with epilepsy, cancer and other illnesses.

They base their philosophy on the need to supply the body with proper nutrition to get well. “Our bodies are capable of moving into powerful states of healing if they have what they need, which are the essential building blocks for health.”

The Australian Federal government legalising medicinal cannabis in September 2016, gave hope to many. Finally, they thought there would be easy access to the medical cannabis they need. This has not been the case. Setting up trials takes time and supplies are slow reaching Australia. So, there are those that supply medical cannabis without a licence.

Medicinal cannabis is legal in New South Wales. It is strictly controlled and is only at the beginning of legal cannabis trials. There is only supply to patients with a prescription from a licensed medical practitioner.

Patients send out a desperate cry to the government for immediate access to medicinal cannabis. Desperately ill people cannot wait for the red tape for access. It may be too late for them. They need medical cannabis now.

Australia’s Dr Pot, Andrew Katelaris, is a deregistered surgeon from Sydney’s North Shore, He faced deregistration from the medical board for supplying cannabis to friends and family in 2005. He has supplied more than 50 children with medical cannabis since 2014. His cannabis research into its medicinal effects dates back to 1990. He believes cannabis oil dramatically reduces seizures in children with severe epilepsy. He says that while governments talk about trials for children this is not progressing fast enough for the seriousness of the situation.

Katelaris is one of only a few in Australia openly defying Australia’s laws by providing the families of sick children with cannabis oil. While not operating as a general practitioner, he holds patient consultations on Skype. He advises about lifestyles choices and diet, and combines this with cannabis treatments. Patient illnesses range from severe childhood epilepsy and chronic pain to giving relief from chemotherapy side effects.

Cini and Marc Walker fled to Newcastle with their family and sought refuge at the Church of Ubuntu. Here Chase received an organic diet. Katelaris treated him with cannabis through his feeding tube and by mouth up to four times a day. Cini says there was an almost instant change in Chase. Chase appeared brighter and more alert.

Katelaris is defiant when challenged about the ban from the Health Care Complaints Commission. He says he does not answer to them, but to “a higher authority”.

Chase Does Better Turning Away from Conventional Medicine

With Chase doing better, his parents said they will continue to do the best they can for their son. They spent many hours researching cannabis and its success for patients around the world before turning their back on conventional medicine.

Cini believes that without the Church of Ubuntu she would have lost her son. But, in a month, Chase’s weight plummeted from 22 kg to 11 kg, which is what prompted the family to flee from Queensland.

Within 24 hours of the Amber Alert in late April, doctors at John Hunter Hospital saw Chase for treatment. They released him later in the day into his parents’ custody.

With Cini and her family still at the Church of Ubuntu, 30 police and two FACS (Department of Family and Community Services) workers visited on the night of May 19. After long discussions, the family agreed to take Chase with them to John Hunter Hospital for tests and observation. When they arrived, they had to wait in a psychiatric holding room in the emergency department. With Chase’s tests completed, doctors told Cini and Marc to take Chase home. Doctors advised everyone involved Chase was in no danger.

Despite this, it was a set-up for the state to kidnap a little boy. FACS and the police had already decided that Chase would not leave the hospital with his parents. FACS workers advised Cini and Marc they could not take Chase home. They were told Chase is being taken into custody. This Aussie family never had a chance. Although doctors gave the all clear to take their ill son home even though they did what the police and FACS workers requested, they lost their son.

Marc went to the bathroom and four police barricaded him in. He screamed at the ruse as others dragged Cini from her son’s wheelchair. But she clung on. She would not let go. Wrapping herself around the chair. She begged to go with her son. To go with him to wherever they were taking him. Eventually they gave in and agreed she could go too. She let go and immediately police wrestled her to the ground and handcuffed her. All the while this little 4-year-old boy witnessed the whole thing. His parents fighting to prevent them from taking him away for no reason.

Police removed Cini from the hospital. Supporters waiting outside ran to help when she screamed for help. Police sprayed them with pepper spray and took Cini to the police station and later released her without charge.

Where is Chase now? Cini and Marc do not know where their son is now. They do not know if he is being cared for properly. They are now fighting in two states of Australia for the return of and information about their son.

This story has more questions than answers. It leaves you with an uneasy feeling. Is this a tug-of-war between conventional and alternative medicine? Is it about challenging Australian compulsory vaccination laws with the human right of pro-choice? Cini allowed doctors to vaccinate Chase until he was 20 months old. The she said enough is enough after living through the after effects of each vaccination. Is it a cover-up for medical incompetence? Something about this story is no being told. There has been no comment from FACS about Chase Walker, his state of health or whereabouts. His parents still do not know where or how he is. Is there anything right about that?

Green Crack may sound stupid for a serious and government approved name for medical cannabis, but it already fulfills the needs for many medical patients. It’s a great strain for CBD and for making CBD cannabis oil. 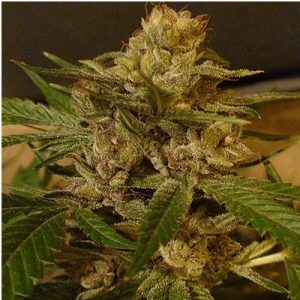