Patients struggle to access medical cannabis even though it is legal in Australia. Activists lash out at the government for making it so hard for patients to access the cannabis they need.

Legalised in November 2016, only 137 patients have government approval for access to medical cannabis. They have to apply to the Therapeutic Goods Administration (TGA) Special Access program.

Although Mr Oakley applied to the government for cannabis for Ben, it took too long and is too expensive. Mr Oakley said it took three months to get approval and when he did, the cost of the cannabis medication is $30,000 a year. This is beyond his reach. He gets Ben’s medical cannabis from a compassionate supplier for free. Currently there are no local products approved and Australia imports from a Canadian company.

Mr Oakley is angry he has to continue to get cannabis on the black market. Over a 2-year period Ben suffered more than 600 seizures taking conventional medicines. When taking cannabis this dropped to just three in two years.

Loss of faith in the system

Another well-known activist, Steve Peek, says he cannot access legal cannabis oil either. He says it has almost eliminated his daughter’s seizures. He no longer has faith in the government or medical system.

Both Oakley and Peek relied on South Australia’s Jenny Hallam for free medical cannabis for their children. Police raided her earlier this year. Ms Hallam is part of an underground network known as compassionate suppliers. They make and supply medical cannabis oil for no charge. Police are considering charging Ms Hallam with possessing and manufacturing a controlled substance.

Ms Hallam said although the Australian medical cannabis laws had changed, it was harder than ever to access. And the statistics support this. Only 137 people across Australia have access to approved medical cannabis. 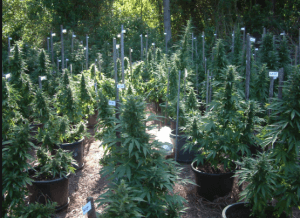 Annoyed at the medical cannabis situation in Australia, Mr Oakley said it would not stop him sourcing it for his son. He does not care about breaking the law if it means a better quality of life for his son.

A Federal Department of Health spokesperson said patients should not access black market medical cannabis. The spokesperson denied claims the government was making medical cannabis access difficult. They said these people had either not sought medical advice or were ignoring it was not a suitable treatment for their condition.

But, Mr Oakley said the Federal government had put him in a difficult situation. One where they know medical cannabis works for Ben but for legal access it will cost $30,00 a year. He said most doctors were not up-to-date on the benefits of medical cannabis.

Doctors may also be shying away from prescribing medical cannabis as it can put them in the spotlight and cause dramas.

Medical activist says he has hundreds of people contact him for help some weeks. Former compassionate supplier, NSW father Craig Goodwin has patients with epilepsy, cancer, Parkinson’s disease and chronic pain contact him for help. He said the government had failed to move on its 2016 legislation to make medical cannabis available to patients who need it.

So far, very few people have government approval for medical cannabis use.

Mr Goodwin spent 10 months in a maximum-security prison for supplying medical marijuana for free to cancer patients. Mr Goodwin is angry. Angry at the government for making it so difficult for patients although they have already legalised it. He is also angry at those profiteering from the situation.

It is a simple case of supply and demand. He said some suppliers were charging $6000 per 60 ml of oil, which lasts around 3 weeks.

The reality for patients in Australia is they were better off before the government legalized medical marijuana. So far, in 2017, police raided and shut down two compassionate suppliers. This removed patient access to a free supply of medical cannabis to help their quality of life.