Sydney University Lambert Initiative for Cannabinoid Therapeutics psychopharmacologist Iain McGregor said it was likely many self-medicated with cannabis. People are using the cannabis they grow or get from the streets. Professor McGregor said the system was currently not meeting the needs of patients. With it banned for so long in Australia, there is little research into its medical benefits.

Professor McGregor said the effects of smoking cannabis was very different to using its juice. The juice does not give people the same high from the THC. It produces a different type of cannabinoid called tetrahydocannabinolic acid known as THCA. THCA has anti-inflammatory properties that are good for gut issues. He said there had been no proper clinical trials done to investigate THCA. This is the effect which of Australia’s ban on cannabis. There have been no medical cannabis trials into its medicinal effects for patients.

After watching his two daughters suffer with the crippling Crohn’s disease, Stephen Taylor took matters into his own hands. Ariel, 25, and Morgan 21, have been in hospital countless times since their diagnosis. Seeing his girls trying to survive, battling the side effects of the drugs used to treat them was difficult. Taylor asked doctors about treating them with medical cannabis. He said the doctors were not prepared to take on the difficult process of getting permission to prescribe legal cannabis through the TGA.

In desperation to help reduce his girls’ pain, Taylor took to growing cannabis to provide them with medical cannabis juice. Police raided his home and allegedly found 107 plants in his backyard. Taylor said it was to treat his girl’s debilitating illness. Both suffered devastating side effects from traditional drugs used to treat Crohn’s. At one time, Ariel almost died from the prescribed drug infliximab. Her throat closed up in an allergic reaction and she came close to death from haemorrhaging. She could not eat and was in constant pain. Taylor was giving the sisters 180 ml of cannabis juice a day each and it completely changed their lives. Morgan said cannabis seemed to make the disease completely disappear.

Taylor pleaded guilty at his court hearing earlier this year. He received a 6-month good behaviour bond and did not have a conviction recorded. But, the judge warned, he would not receive the same leniency if he kept growing cannabis.

Morgan may need to go to America to receive the treatment she needs. She has been in and out of hospital many times this year. While she now has access to medical cannabis through the Federal Government scheme for pain, it is not for her Crohn’s disease. But, her sister Ariel did not get receive access to medical cannabis. Morgan says that if the cannabis oil does not work she could go to America for help.

It is almost impossible to get medical cannabis although governments legalised it almost two years ago. Paul Hilder was in a car accident that left him in constant pain. He had one of the heels of his feet crushed making it painful to walk. Hilder said he found it impossible to get hold of legal medical cannabis. He tried to access it through doctors but it seemed it was only available to terminal patients. Despite Hilder’s doctors knowing cannabis helped with his pain, they offered him opiates such as OxyContin and methadone to for pain relief. Hilder said cannabis helped him have a better quality of life instead of the side effects from the opiates.

Medical cannabis an alternative to opiates

Australian medical cannabis advocates are calling for easier access to medical cannabis. The Pennington Report found 2177 people overdosed on prescription drugs in NSW during 2016. This is alarming. People are overdosing on opioid drugs such as fentanyl, heroin, codeine and oxycodone.

Pennington Institute CEO John Ryan said prescription opioids are killing a lot of people. Drugs like fentanyl is up to 100 times more powerful than pure morphine. There were 1045 deaths from opioid overdoses with 76 percent from prescription opioids such as methadone and tramadol.

The Pennington Report found deaths from sleeping and anxiety tablets doubled in the last 10 years. This jumped from 200 a year from between 2001 and 2007 to 650 in 2016. The report said this was a hidden epidemic. Amphetamines are now the third most common drug detected in people who died accidently, which is higher than alcohol. Ryan said prescription painkiller abuse and issues were worse than ever in Australia. 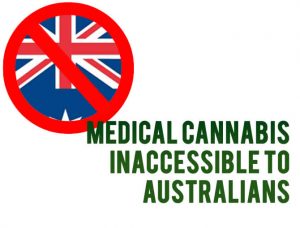 Although there is evidence medical cannabis can help reduce pain, anxiety, depression and nausea access to it has been slow. Leafcann co-founder and CEO Elisabetta Faenza said people in Australia wanted other options to treat their medical issues. There needs to be less red tape for doctors to prescribe medical cannabis to their patients.