With the legalisation of medical cannabis, patients across Australia celebrated. Now they would now have easy access to the medication they need. Or, so they thought. Australian patients frustrated with cannabis doctors have nothing to do. You would think with medical cannabis legal it would be easy for people to get what they need to treat life threatening conditions. Not so.

Public reports by frustrated patients say cannabis doctors will not prescribe medical cannabis even though it is legal. Others say their doctors do not know how to access medical cannabis or did not understand its benefits.

Prescriptions for medical cannabis years away

Dr Tony Bartone said doctors would not be prescribing cannabis anytime soon. He said that until the trials (in Victoria, New South Wales and Queensland) are complete and the results known, things would not change. Dr Bartone said that doctors could not help patients until then. Doctors need real evidence and research information to prescribe patients with medications. They need to understand correct doses, types and delivery of medical cannabis. But, he did admit, international studies show some evidence of the benefits of medical cannabis.

Dr Bartone warned that even when the trials were complete only people with specific conditions will receive access. He said it was years before patients would have access to cannabis through doctor.

Patients accuse the government of making medical cannabis harder to access now it is legal. Dr Bartone recognised there were problems for doctors and patients through the Special Access Scheme. Instead of blaming the process, he said the issue arose from a public push for immediate access. He said it was an emotional political issue. We have to wait until there is adequate research and guidelines are in place.

Before doctors can prescribe a medication, all the studies and documentation needs completing. 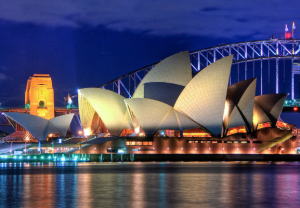 All this is causing stress and confusion in Australian patients. Stress at a time where they least need it. There is a legal, natural substance available to help patients but they have to turn to the black-market for access. One patient with stage four cancer has spoken to her specialists many times about medical cannabis. She says they refuse to listen to her.

Others say they have trouble sourcing cannabis through the Therapeutic Goods Administration (TGA). Some people say their doctors tell them to source it illegally.

Breaking the law to survive

At the lowest point in her life, facing dark thoughts of suicide, Paula (name changed) turned to medical cannabis to save her life. She breaks her silence on how medical cannabis brought her back from the brink. She criticises the government for forcing her to break the law so she could survive.

Paula believes Australian cancer patients have obstacles put in their way when trying to access cannabis products. She has survived two kidney operations and life support. And, was living on a mix of opiate drugs to deal with the pain. They turned her life upside down. Paula is a business owner with offices in three states as well as a mother. She found the cocktail of drugs left her almost useless. They drained all her energy. The mental and physical side effects of conventional medicine are debilitating. Paula said she even got to the point where she planned suicide to escape what her life had become.

In desperation Paula turned to medical cannabis. This someone who believes in obeying the law and advocates this in her life. But, desperate she decided to experiment. She points out that medical cannabis is low in THC and said she had instant relief with the first dose. Cannabis doctors are not fully updated on low THC and high CBD strains.

Yet, she is a criminal according to the law. Paula cannot get easy access through her doctor so had to go underground to source medical cannabis for relief. Paula said the change in the federal laws had promised medical cannabis was going to be available for those who need it. This is not the case and puts Paula’ health at further risk.

Paula said she is currently self-medicating and there is no guarantee of continued supply. It also puts her at risk of criminal charges if caught, arrested and charged.

There I growing criticism of the federal and state governments. Many very sick people are desperate to continue with the medical cannabis they have come to rely on to give them daily quality life. Yet, medical cannabis legalisation has so far made it harder.