Mr Raynor says he does not supply medical cannabis. He shows people how to make cannabis oil for themselves rather than making money out of supplying it. He distils the oil from a mix of alcohol and cannabis into a thick black paste. It is not illegal to supply people with information. 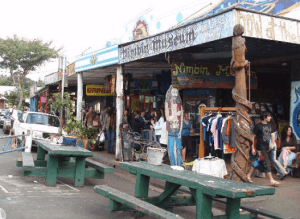 A member of the HEMP (Help End Marijuana Prohibition) Party, Mr Raynor has helped more than 2000 sick people over the last 10 years. He said by speaking out he risks making himself a target.

Why does he do what he does? He defies the law because he someone who likes to help others. He takes the oil himself to treat chronic back pain so he understands its benefits.

Arrested for attempting to help people

Since her arrest, Jenny Hallam is speaking out, standing up for people’s rights. She faces threats of criminal charges for supplying free medical cannabis to patients. She said it is not right to treat people as criminals for trying to help people, at a recent Parliament House rally. Jenny Hallam is angry the police took people’s medicine and cut off their current supply.

Ms Hallam believes she was not breaking any laws. She made cannabis oil using donated marijuana and give it to patients for free. Her case is still facing possible criminal charges.

Ms Hallam blames the federal government for forcing them to go underground to continue helping people. She is pushing for an amnesty for children who need medical cannabis straight away. But, Federal Health Minister Greg Hunt dodged the question saying he had to meet with the children suffering with cystic fibrosis. He did point out the federal government had removed all legal barriers to medical cannabis. It was now up to each state government to make its own legislation.

Ms Hallam said the states were taking too long for the patients who need access now.

Legislation has confused the cannabis issue

Australia’s cannabis regulatory environment is confusing for everyone. The Federal government legalised the cultivation and manufacture of medical cannabis. But, using it is still illegal. Medical cannabis is only legally available through trials and special access schemes. And, the laws, rules and regulations vary from state-to-state.

South Australian Industry Minister Kyam Maher wants to turn the backyard operations into legitimate businesses. But it is next to impossible for those business to get approvals to trade. He is calling on the federal government to make the process easier for oil producers and patients. While regulation is necessary the whole process needs speeding up. He said the issue was that even if these businesses started trading, there were few doctors prescribing the medication.

Mr Maher warns that the black market is not the answer even though there are the delays accessing legal medical cannabis. He said there is now a way for medical cannabis to become available in Australia. The process is very new and needs sorting out. He reminded people it was against the law to manufacture and supply it yourself.

GD Pharma CEO Antony Condina said all they needed was government approval to go ahead. The company applied for a licence to make medical cannabis oil last year. He is stuck between a rock and a hard place.

As part of the licence application, they have to prove how many patients they will supply. With reports doctors are not prescribing medical cannabis, he has concerns this is not possible. He pointed out this was not something they needed to do for other medical products the company manufactures.

These challenges are pushing ill people to desperation. So, they seek access to cannabis from Australia’s underground networks. Mr Raynor says the more people who know about cannabis as a treatment, rapidly increases the people who want access. But the government seems to make it harder as demand increases.

Australia is behind many other parts of the world in this issue. Aussie politicians have the power to make cannabis easy for patients to access, but legalisation has made it harder.