Grow houses pop up across Victoria

Grow houses pop up across Victoria

Grow houses pop up across Victoria, the state is becoming Australia’s unofficial cannabis capital. Across suburbia and regional areas, these innocent houses hide sophisticated secrets behind. This was the domain of Italian syndicates supplementing their market garden crops. These days it is big business for Vietnamese and Albanian syndicates growing crops of 100 plants at a time.

Plants worth $2500 each, with four crops a year, yield growers a million plus a year. These growers have no concern for what it costs to grow as they have no intention of paying. With their own electricians on the payroll, they bypass or steal electricity worth about $1000 a day. This is around $1.5 million in electricity theft a year in Victoria. 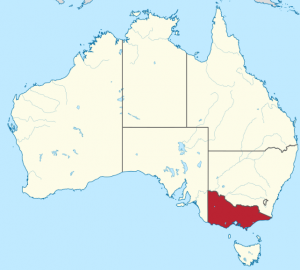 These syndicates are slick. With state-of-the-art setups they have perfected the art of cannabis growing. All cannabis plants are quick growing with a high THC potency. Growers are selling cannabis worth $1.5 billion wholesale and over $8 billion on the streets.

Once police could stake out suspected grow houses, arrest those involved, and get a conviction and jail sentence. These days the courts treat cannabis as a soft drug although the industry is worth billions.

According to police, the profits from cannabis fund local speed production and:

The cannabis industry in Victoria is so big that it is beyond ordinary policing. The cost to the public for warehouse space for the seizures of gear and crops is huge, as well as the safety, security and health issues.

To combat black market grows, police are employing guerrilla style tactics. Hit hard, disrupt and destroy. Grow houses are dangerous to local neighbourhoods. They are fire traps. Electricians use huge power boards to bypass electric meters. These that cannot handle the massive amounts of electricity running through them. These properties are at risk of going up in flames at any time.

Police estimate there are more than 1500 grow houses operating across Victoria. This is a huge amount and the police do not have the resources to fully investigate them all. So, they use strategic tactics to follow the money.

Police encourage Victorians to report suspicious activity in their neighbourhoods. And they do. In record levels. Real estate agents, power companies, neighbours and members of the public report their suspicions. Police follow up. Most houses are empty but some have crop sitters to protect their investment. Police arrest them and destroy the crops when they raid them.

In three months, police raided 77 grow houses. They arrested 28 people, declared seven houses uninhabitable and seized plants with a wholesale value of $25 million. Police follow the money to find the owners and real renters of the properties. After a police raid on a grow house, the house is closed down and declared unfit for human habitation. This is a huge blow to innocent landlords. It costs a lot of money to restore former grow houses properties to a liveable condition.

Grow houses look like any other house in the street

Drug syndicates have gotten smart. Cleaned up their acts. Many make sure grow houses no longer look like run down dumps. They have worked had to make them fit into the neighbourhood.

While grow houses look normal from the outside, they are anything but normal inside. They pose a threat to communities. While you may not be able to identify a grow house by looking at it, you may be able to smell it. One grow house recently busted was less than 200 metres from a primary school. Young children with their mothers had been walking past it daily. This house had 100 plants growing inside.

In a raid in a disused factory, police found 1900 plant at different stages of maturity with a wholesale value of $4.7 million. The factory looked legitimate from the outside.

What worries police is the elaborate lengths growers go to. Some have built complicated security systems. Some have armed themselves to protect the houses from raids from other crooks wanting to steal the crop. And, if there is a crop sitter, police say this can just be too bad.

Grow houses move to the country

With the use of crooked electricians and plumbers, growers are making big money. With their help growers bypass connecting to essential services like water and power.

They have setup streamlined operations where plants move through designated rooms at different growing phases and fed by automatic timers. Then they harvest the crop, dry and pack it ready for the market. Some of them have bought rundown properties used them and sold them on for huge profits.

But, more and more the syndicates have their sight set on regional areas. Obviously, there are less coppers out there in the wide-open country. What these crooks do not bank on is a sense of community in country areas.

When Vietnamese an Albanian people start coming to town, you can guarantee the whole town will make it their business to take an interest. Police say that country people are quick to report unusual activities in their area. May be moving to the county will not be as profitable for the growers as they hope.