Home › Articles›News › Cannabinoids, terpenes and flavonoids: WHY ARE THEY SO SPECIAL?

Cannabinoids, terpenes and flavonoids: WHY ARE THEY SO SPECIAL? 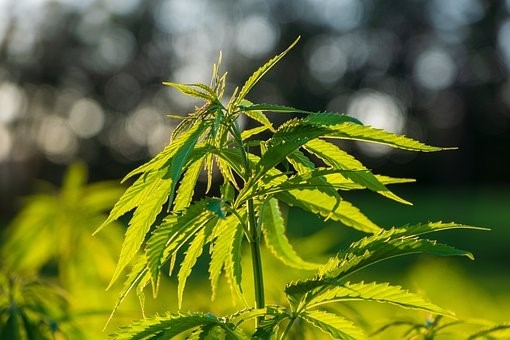 Terpenes, cannabinoids and flavonoids are vegetable ingredients of the hemp plant and are sometimes responsible for the odour, colour, effect and taste. In addition, these secondary plant substances are important or essential for the plant, as they protect it from harmful stress and keep it healthy.

Cannabinoids are a collective term for all substances that act via cannabinoid receptors. To date, more than 100 such cannabinoids have been detected and extracted from the cannabis plant. It is particularly interesting to note that cannabinoids are not only found in the hemp plant, but also in certain fungi and bacteria. Of the more than 100 different cannabinoids to date, the best known are CBD, CBC, CBG and THC. We would like to briefly introduce CBG and CBD here.

Terpenes are a group of chemical compounds and are found in natural organisms. For example, essential oils are rich in terpenes. They are said to have antimicrobial properties, which is very interesting because infections or the growth of microorganisms can be inhibited. Terpenes are very soluble in fats, but rather difficult to dissolve in water. This is why they are mainly found in essential oils.

Examples of terpenes include :

In addition, cannabis also contains terpenoids, which are antibacterial, antiviral and very effective against viruses.

Terpenoids are also known for their cinnamon, ginger, eucalyptus and clove smell and they colour sunflowers and tomatoes. Camphor, steroids, sterols and citral are the most popular terpenoids.

Flavonoids can have a positive effect on the body in many diseases, because they are:

Like many other plants, cannabis also contains terpenes and flavonoids. They are responsible for the smell and taste of cannabis and at the same time, protect the plant from UV rays and parasites. However, the flavonoids contained in the cannabis plant have not yet been thoroughly researched. What is certain, however, is that

The entourage effect refers to the synergistic effect of terpenes on cannabidiol and phytocannabinoids or the endocannabinoid system.

It is especially the compounds of these herbal mixtures that are so positive for the organism and ensure, among other things, the surrounding effect of the terpenes. The combination of different terpenes and cannabinoids improves the interaction and effectiveness of the organism.