Home › Articles›News › WHAT IS DUBBING AND HOW DOES IT WORK?

WHAT IS DUBBING AND HOW DOES IT WORK? 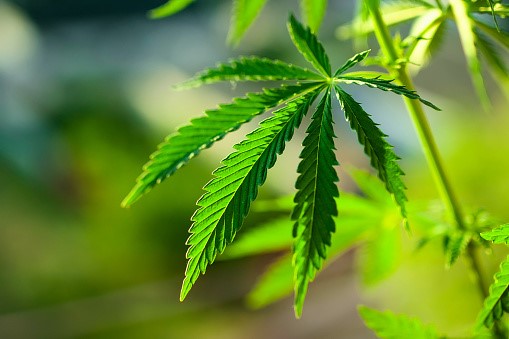 WHAT IS DUBBING AND HOW DOES IT WORK?

It’s no secret that more and more people are enjoying cannabis in concentrated form. Oils and waxes are consumed using vape pens, as they allow you to get high on the go, but the original method of consumption appeared about 10 years ago. Simply known as ‘dabbing’, this method requires unique glassware and tools and allows you to experience a thicker puff like never before.

Simply put, dabbing is the act of inhaling a vaporised cannabis concentrate through a glass instrument called a dab rig. You can also use a “nectar collector” or a “dab straw”, but we’ll leave that discussion for another article.

Speaking of miracles, you may be wondering how dubbing actually works. It may seem like a scientific experiment at first sight, but it’s a lot simpler than it first seems.

Basically, when you dab, you heat a cannabis concentrate and inhale its vapors. The dabs vaporise as they come into contact with the preheated equipment. These mechanisms then allow you to inhale the vapour directly and exhale it again, naturally finishing the dabbing process.

WHAT DO I NEED TO DAB?

Sounds simple right? Now that you know how it works, you are one step closer to your first dab! Before you start, make sure you have the following:

As mentioned earlier, getting a dub rig is the first important step in the dubbing process. For those who don’t know. A dab rig is a glass device, like a bong, specially equipped to vaporise dabs.

What is a nail? Just as all bongs have a head, so do dab rigs have a nail. A nail looks and functions just like a head, except that the opening is on the side rather than the bottom.

It is designed in this way because when dabbing, it heats the bottom and then dabs the concentrate in the centre of the nail. When the dabs are inhaled as they vaporise, all the vapour is drawn into the rig itself through the side openings.

The three most common materials used for conventional (non-electric) nails are titanium, glass and quartz. Note that each nail’s design is different and therefore a slightly different approach is required for each type of nail. For example, some have an opening protruding from the centre of the nail, rather than an opening on the side. Also, some have to be heated directly from below, while others have to be flamed at an angle.

Even if they do not stick, we do not advise you to measure the dab with your finger. Instead, we recommend using a dabber or dab tool/dub tool as a much more effective alternative. This is a scalpel-like tool which cuts the dabs and allows them to be dabbed onto the nail.

While smoking your dabs, you will want to make sure that no precious vapour escapes through the top opening. Fortunately, this problem is easy to solve – simply place the carb cap over the nail. This will usually fit over a standard nail and will ideally stay in place without having to be held in place.

A traditional lighter is certainly warm, but it’s not enough when trying to warm up your nails. Instead, you’ll need a butane burner (or a butane-free alternative) to generate the heat you need. Instead, you will need to buy butane cans regularly to refill it.

You can’t have dabs without dabs! Cannabis concentrates come in many different forms, but dabs are perfect for enjoying certain types of hash or cannabis oil – which we will explain in more detail below.

WHAT ARE THE BENEFITS OF DABBING?

Now that you’re armed with the knowledge of how to do it, it’s time to think about how dabbing compares to vaping and traditional smoking.

By waiting a little longer after the nails aren’t red anymore) if you dab at a lower temperature, the vapour will be much gentler on the lungs than regular weed smoke. It may also feel more comfortable than convection vaporiser vapour. However, if you smoke a dab too quickly, it can irritate your throat as much as any drag from a joint or blunt.

Dabbing is do much effective that it will only take a few hits to get as high as you would from an entire joint. This also means you don’t have to inhale as much which means you have less chance of scratching your throat.

Because dabs are made at a much lower temperature than smoking, you can experience more nuances of flavour. When you smoke the flowers of the strain from which dabs are made, the heat burns off most of the terpenes. This process also burns off the cannabinoids, so you get less of a high than if you dab the concentrated version.

Finally, the most important question of all – is it safe to dub? If done correctly, the process is perfectly safe. Many people do it once a day or more without incident, even when they are already high. Nevertheless, handling and igniting with a gas burner involves risks that must be considered beforehand. Lighting a gas burner or aiming it at the wrong place can be a costly and dangerous mistake, so be careful not to try to dab if you are already high. Try not to touch your fingernails for 10 minutes after the last dubbing, as this can lead to burns.

Having said that, it’s as safe as regular smoking. Just take care of yourself along the way and enjoy your dab!