Home › Articles›News › What are cannabis TOPICALS and how do they work?

What are cannabis TOPICALS and how do they work?

WHAT ARE CANNABIS TOPICALS? 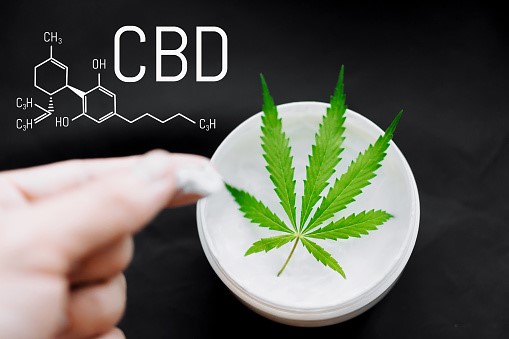 In short, a cannabis topical is any product that is applied to the skin and enriched with compounds from weed plants. You can get THC, CBD or a mixture of both as well as a mixture of terpenes. The term “topical” may sound like medicated creams or lotions, but the definition is broader than you might think. To illustrate what we mean, we will review a list of the most popular types of cannabis topicals.

As far as cannabis ointments and balms are concerned, the choice is vast. Users use these types of products to soothe and protect their skin, and cannabis is known to have soothing compounds, so the combination makes perfect sense.

However, instead of mixing the flowers themselves into the balm, manufacturers often concentrate on cannabinoids and terpenes. For example, if you want to make cannabis ointments at home, you will need to use coconut oil to absorb the THC. This is fairly easy, but Australian Seed Bank recommend using store-bought products in case you need an exact dose of THC/CBD.

Yes, the lubricant with which you can spice up the nights with your lover is also considered a hot topic. Therefore, you can find all kinds of cannabis-based lubricants wherever weed or lubricants are sold.

Of course, little or no research has been done to find out whether cannabis actually improves the lubricant, as such studies would be difficult to carry out. However, as we will explain later, cannabis has potential benefits for our skin, and we can well imagine that this is true wherever the skin is.

We don’t know anything about you, but when we see a beautiful make-up palette, we think “there should be grass in it”. Luckily, there are all kinds of companies that respond to our needs and claim that their formulations can be beneficial to the skin or relieve certain ailments. However, these claims are not necessarily supported by science. So be sure to do your own research.

Most cannabis-based cosmetics are fortified with CBD oil, but we believe that this is simply because the research and testing involved in the infusion of THC are very rigorous. However, it is only a matter of time before THC appears in all kinds of make-up and beauty products.

Given the intensity of recent research on cannabinoids and terpenes to determine their medical usefulness, it is logical that THC and CBD have also found their way into medicinal creams.

These creams are designed to relieve all types of skin-related health problems, with some being significantly more effective than others. However, they all have potential, although this is likely to be even greater once further research has been carried out and formulations adapted accordingly.

WHAT ABOUT CBD TOPICAL?

Many people who discover weed-infused products assume that “cannabis” and “THC” are synonymous. However, it should be remembered that CBD products are often grouped under the generic term “cannabis”, even in places where THC is legal for medical and recreational use.

The reason is more than simple: we immediately recognise terms such as cannabis and weed. These terms are still somewhat “taboo” and are used by marketing. The term “CBD”, on the other hand, is gaining in popularity, but still does not have the same recognition value. The cannabinoid is usually mentioned on the front label, but is not often part of the product name.

That said, the benefits of topical products enriched with THC or CBD can be expected to be largely the same.

HOW DO TOPICAL CANNABIS PRODUCTS WORK?

In terms of benefits, one might ask what is the purpose of cannabis when added to topical products. What part of the skin actually absorbs the THC or CBD?

WHICH SUITES CAN CANNABIS TOPICALS BE USED FOR?

As mentioned earlier, a lot of research has been carried out on the effects that cannabinoids can have on our skin. In doing so, we have discovered a number of promising benefits for which cannabis topicals could find a place in medical care.

Firstly, cannabinoids have been relatively extensively tested to see if they can be used to treat multiple sclerosis. Nothing has yet been proven, but a study conducted in 2015 on mice on the efficacy of CBD in cream form against autoimmune encephalomyelitis, a common model of multiple sclerosis, shows promising results. In particular, the researchers found neuroprotective effects and a reduction in symptoms in animals suffering from this disease when treated daily with a cream infused with CBD.

By repelling the disease on several fronts, CBD has shown promise in animal models for the treatment of these and similar diseases. Although this cannot be considered conclusive evidence, it is enough to open the research on affected people.

Although the CBD is widely regarded as the true “medicinal” cannabinoid, THC also has many potential uses for skin health. Allergic dermatitis, for example, seems to be retreating from psychotropic cannabinoids.

The researchers behind the 2013 study, which was also carried out on mice, examined both normal animals and rodents deficient in CB1 / 2 receptors, both groups suffering from AD. The mice were treated with topically applied THC. Both groups were found to have decreased infiltration and swelling of myeloid immune cells, indicating that the treatment suppresses the allergic inflammation.

Of course, more research is needed to support these results. However, the fact that it appears to work in mice without active CB1 / 2 receptors opens up a world of possibilities.

After all, people suffering from psoriasis or psoriasis disease can expect that cannabis creams will bring them relief in the near future. In 2007, scientists tested human skin samples with a secret mixture of cannabinoids to see how they would affect the production of excess skin cells. The cannabinoids were found to be able to slow down production significantly, their effects being independent of CB receptors. This suggests that cannabinoids may have a place in the fight against psoriasis.

With all reasonable optimism, there are a few problems that we need to recognise. Firstly, the study does not mention which cannabinoids were used. Secondly, the study was conducted more than ten years ago, so there is still a lot to be done. And the tests need to be carried out on living human volunteers rather than just examining skin or cell samples.

WHAT ARE CBD TOPICALS FOR?

Since we have so far only talked about topicals on cannabis in general, you may be wondering what the CBD can do for you in particular. As we have already mentioned, the effects of topical cannabis are very localised, which means that they only affect the area to which they are applied directly. On the other hand, you cannot use topical CBD to treat internal mental or physical problems.

That being said, in preclinical settings, CBD has been observed to combat inflammation and pain successfully. Both are problems that can also affect the skin. In these cases, you can certainly try to use a topical cream with CBD to facilitate your current treatment. However, you should only do so after consulting your doctor.

Similarly, you can also try topical CBD products for less serious problems, such as the use of sunburn. However, it should not be forgotten that nothing has yet been proven to be effective in this context.

HOW TO USE CANNABIS OR CBD TOPICALS

At the end of this discussion, we should briefly describe how you can use CBD TOPICAL. Simply take a portion of the topical and apply it directly to your skin. You should first test it on a small area of skin to see if there is an allergic reaction or something similar. If not, you can use the topical on the entire affected area.

It won’t make you high, so there’s no risk of going too far – but it’s still advisable to start with a small amount. After all, once you’ve found the amount that suits you best, there’s no need to use a larger amount. However, if the amount isn’t enough, you can use a little more and see what happens.

SHOULD YOU TRY CBD TOPICALS?

Given the minimal risk and the multitude of possible effects, we think there are many reasons to give cannabis topicals a chance. Whether you choose a THC lotion, CBD make-up or a 1:1 lubricant, the possibilities are endless.