Home › Articles›News › Introduction to indica strains:- knowledge you were Deprived from

Introduction to indica strains:- knowledge you were Deprived from 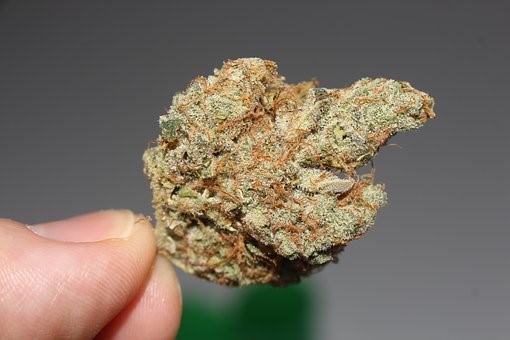 In the marijuana industry, strains are generally organized into three main classifications that are indica, sativa, and hybrid. If you’ve ever bought weed from a dispensary, you would have noticed that almost every strain on the menu has been designated to one of these specific groups. This is due to the fact that cannabis plants from each category are each said to produce a different “type of high.” Since they usually share physical and taxonomical properties with their flowers that are also called “buds”

The cannabis indica plant is usually known for producing relatively higher yields, thicker buds, and more highly flavoured aromas. Natively from the hilly regions of Afghanistan, Pakistan, and India, it easily adapted itself to harsh climates and different unique weather conditions by growing faster, flowering earlier, and creating thick layers of guarding resin. As exposure to colder temperatures can usually turn the flower of a cannabis plant into purple, hence, if you come across any purple colour weed, there’s a high chance that it is definitely an indica strain.

The plant’s comparatively quicker growing time and bulky build make it usually a better fit for neophyte growers and those who are looking to grow cannabis indoors.

What are the effects of Indica?

Indica strains are usually known for producing a “body high,” that makes you relaxed physically and even sleepy. Marijuana aficionados generally describe it as producing a euphoric feeling of being “couch-locked,” and they tend to use the phrase “in-da-couch” to showcase that indica effects are best enjoyed on the couch and preferably with one of the movies you love. A majority of people prefer consuming one of the indica strains in the evening as it has higher effects at that time of the day.

Medical marijuana patients also usually use these particular strain categories for considering various illnesses and conditions. They can be generally consumed to treat insomnia, chronic pain, or loss of appetite. Also, more research is definitely needed, and a majority of researchers believe that other factors such as CBD to THC ratios are more vital for determining potential medical uses.

The cannabis indica plant is usually small, bulky, and resilient. It’s also much easier to grow, and it enters into the budding stage much earlier than its sativa counterpart. The short height of the Indica strain makes it perfect for growing indoors. And one of its vital benefits is that it usually has much more yield. If you’re a newbie in cannabis cultivation or growing indoors, you would for sure fare good with one of these plants.

Indica marijuana generally presents a large number of benefits for the medical and recreational user.

Recreationally, indica weed is generally much more popular to use before watching a movie, relaxing, and turning down at night. It is also mainly widely known to make you feel happy, sedated, delirious, hungry, and drowsy. The high is generally described as a “deep body stone,” which can easily loosen the muscles and feel like a pain reliever.

Medically, Indica weed is widely known for treating many issues such as insomnia, muscle spasms, chronic pain, anxiety, PTSD, and loss of appetite. The higher CBD content usually present in a majority of indica weed strains also makes them an ideal choice among many medical marijuana patients who have multiple sclerosis, fibromyalgia, etc.

One comment on “Introduction to indica strains:- knowledge you were Deprived from”