Home › Articles›News › How to prune cannabis plants for better yields

How to prune cannabis plants for better yields 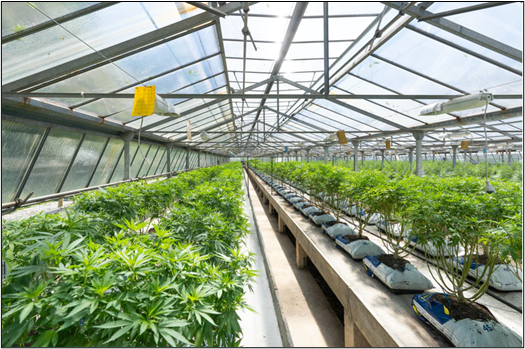 Pruning your cannabis can be a great way to push it further than it normally would. Not only does this improve your skills as a grower, but it also allows you to get much larger yields from that sweet green bud!

Pruning is an age-old practice used in the agricultural world to improve crops. From hobbyists to home gardeners to large industrialists, everyone is pruning their vegetables to get better yields. Even the humble tomato plant produces larger fruit when pruned properly. So if it’s a technique that can, and is, applied to almost any fruit or vegetable crop, you can be sure it can be applied to cannabis – with excellent results.

Pruning, in its essence, is the art of removing unnecessary shoots, branches and leaves to force the plant to refocus its limited energy on its current, established growth. Very often, when left to its own devices, a cannabis plant becomes too large to support itself with the amount of energy it produces effectively. If left unchecked, this can result in multiple small bud sites as the plant struggles to sustain itself while producing buds during flowering. By removing unnecessary and weak growth, you force the cannabis plant to focus on what’s left, resulting in a stronger plant that is able to produce a few large buds instead of a multitude of small ones. This often results in larger overall yields.

First of all, pruning should only ever take place during the vegetative stage of growth. If you prune during flowering, you will reduce the amount of energy available to your cannabis plants during bud production, resulting in smaller buds. Also, always give your cannabis at least three days to recover after pruning before moving on to the flowering phase.

The best way to prune your cannabis is to watch it closely as it grows, and assess which branches will perform best. The branches that you cut must be either very low on the plant, receive very little light, or have great distances between the nodes. Both types of branches require more energy from the plant to maintain than they produce. Cut them off at the stem to minimize stress. This technique is often called “lopping”.

Another method often used is defoliation – removing the leaves. Whatever you decide to do, never cut off all the large, fan-shaped leaves – they are the plant’s main energy producers, and cutting them off would severely hamper its efficiency. However, some growers believe that cutting off the leaves, especially when they are below the canopy, allows them to focus on bud growth. Other growers think it doesn’t make a difference or even interfere with bud growth. We tend to agree with the latter, although you’ll have to experiment yourself and see what works for you.

The last pruning technique we will discuss is topping. This technique can be used in conjunction with topping. Topping involves removing the top of the main stem. While this may seem counterproductive, it allows the cannabis to split its energy to produce two more tops, while stimulating the growth of the lower branches. The result is an overall stronger plant, with greater yields. It’s a method that also makes the cannabis grow wider than it is tall, making it ideal for those who need to control size. To top your cannabis, cut just below the highest, most developed node of the main stem during vegetative growth. It’s worth noting that topping can add one to two weeks to the growing time, but for the overall increase in performance and yields, many feel it’s worth it.

And there you have it! Three pruning techniques that can be applied to most growing situations. Which one you choose will probably depend on where you are growing, as well as what techniques you have already used. Just remember not to overdo it – prune only what needs to be pruned, and you will soon master the art and increase your yields like never before.