Home › Articles›News › How cannabis is changing the world

How cannabis is changing the world 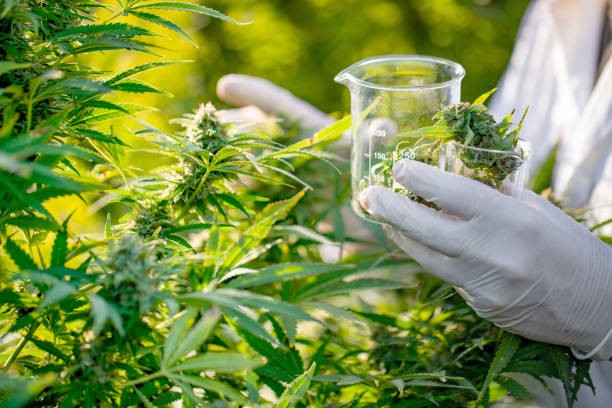 You love cannabis, don’t you? Whether it’s for recreational or medicinal purposes, if you’re reading this, there’s a good chance you share an appreciation for cannabis. But have you ever thought about the impact this plant is having on our planet?

It brings people closer together

If there’s one thing that cannabis does well, it’s its ability to bring people closer together. There has always been a strong community around cannabis and this community has continued to grow since the legalisation campaign began.

More and more people are revealing their use of cannabis, showing us that cannabis is no longer just for ‘stoners’. In fact, some people are rediscovering cannabis now that its use is no longer as stigmatised as it was 50 or 60 years ago. All over the world, people of all genders, sexual orientations and colours are united by their love for cannabis. We all know that we need a little more unity in this world.

The legalisation of cannabis has accelerated a wealth of research into the plant and its effects on the human body. Thanks to this research, we now know that cannabis is more than just a plant that gets you high.

Research has shown that the compounds found in cannabis, such as cannabinoids and terpenes, have unique health benefits. For example, CBD has been shown to reduce stress and anxiety, as well as help with physical symptoms such as pain and inflammation.

Meanwhile, terpenes such as limonene and pinene have been shown to fight inflammation, reduce anxiety and fear, and induce a calming, relaxing effect. Many of the other compounds in cannabis have similar effects and may even be used medicinally.

Fortunately, the wellness and beauty industry has recognised the power of cannabis and has created a variety of different products made from it. You can find everything from hand creams and moisturisers to nutritional supplements like oils and capsules in today’s market.

A growing body of research suggests that the compounds found in cannabis have important effects on humans. For example, there is evidence that THC, with its powerful effects, can help to alleviate physical and mental problems; THC has psychoactive properties and has long been used by people with symptoms such as upset stomachs and loss of appetite. On the other hand, CBD has no psychoactive effects and is used to naturally improve mood, promote muscle regeneration, and relieve intense tension.

These cannabinoids’ potential comes mainly from the fact that the endocannabinoid system (the system that weakens the effects of cannabinoids in the body) is involved in many of the important processes that keep our bodies in tip-top shape.

One aspect of the cannabis plant is its ability to revolutionise an industry. Hemp has been a major part of industry for centuries. From its use in making clothes and paper to its potential as a biofuel, hemp has been with man since we started farming (and probably even before that).

WE HAVE NOT DONE IT YET

Cannabis is undoubtedly having an impact on the world, but there is still work to be done before the full potential of this plant can be realised. For example, there is still a lot of research to be done in the medical industry to understand cannabis before it can be adopted as regular medicine. The same can be said for the health and beauty sector and other industries that are beginning to use cannabis. We still have a lot to learn about this plant and its potential.

Having said that, we still have a long way to go to break down the stigma surrounding the use of cannabis. Years of prohibition have created a very unhealthy attitude towards cannabis and its use (whether it be recreational or medicinal). Unfortunately, although this stigma is beginning to fade, there is still a long way to go before it disappears altogether.