With medical cannabis thought to be the new Holy Grail for Aussie farmers, security requirements are something out of a spy movie. Armed security teams, fingerprint access scanners and motion sensor alarms in secret locations. This is the new reality for farmers wanting to grow medical cannabis. They have to ensure the cannabis is secure from the paddock to end user. And, have to be able to prove it the licence application.

Therapeutic Goods Administration (TGA) has now approved 12 licences for businesses to grow or manufacture medical cannabis products. And, the government says they have to prepare for people turning up with guns. Security has to be tight. Those applying for a licence to grow need to prove they have adequate security measures to protect the crop from ending up on the black market.

Queensland company Medifarm is the first business to get a licence to grow medical cannabis. But, the location is top secret. Adam Benjamin from Medifarm does not even like talking about the security measures they have to protect the crop. He said this so they do not to give anyone planning to raid the farm the heads up of what security they need to get through. If they turn up, then they are in for some surprises. 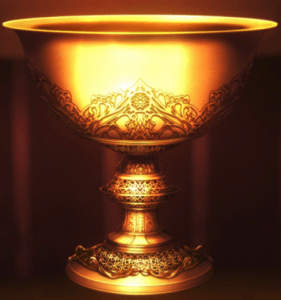 There have been 75 applications for medical cannabis licence in Australia with only 12 approved so far. The government has not rejected any applications. Though some applicants withdrew their applications due to difficulties meeting strict security requirements.

The security requirements for a cannabis facility can run into the hundreds of thousands of dollars. It depends on the size. Benjamin said the investment is worth it if you can invest.

Federal Health Minister Greg Hunt makes no apologies for the tough requirements for a licence to grow cannabis. He said it can cost up to $500,000 to meet the government’s strict criteria for security. He said the government was not going to risk cannabis crops falling into the wrong hands.

Minister Hunt said that people also had to prove the vehicles used for transporting medical cannabis were safe from hijacking.

While some people believe the government’s tough standards were holding the cannabis industry back from growing, Minister Hunt did not agree. He said farmers were still applying for licences knowing the cost of the infrastructure involved.

First legal crop in the ground

From the 12 companies with approved licences, only one has so far got a cannabis crop into the ground. With it soon due for cultivating, Australia’s first medical cannabis products could hit the market this year.

Minister Hunt believes the medical cannabis market has huge potential in Australia. He said he saw it growing to where Australia has a regulated crop to export overseas.

The Australian Medical Association (AMA) warns that crops could fall into the wrong hands. The AMA makes its position. In a statement, it says there is no room for the recreational use of medical cannabis.

AMA vice president Dr Tony Bartone said the cannabis benefits could be inconsistent depending where the plant is grown. Australian doctors are waiting for further information before prescribing medical cannabis to their patients.

Academics from the Universities of Sydney, Queensland and New South Wales run the clinical trials. The trials also have the support of the TGA and government health departments.

There is some evidence from overseas trials that medical cannabis can reduce nausea in HIV and anorexia patients. Medical cannabis trials have also shown it to reduce the symptoms of severe epilepsy and other neurological disorders.

The TGA also said there were only limited trials and evidence to back up the claims of the benefits of medical cannabis. In a statement, the TGA said this was because most medical cannabis products were either heavily regulated or banned until recently.

Local studies will benefit Aussie farmers if the trials back the anecdotal evidence of the benefits of medical cannabis. Australia is setting itself up to lead the way in a growing worldwide medical cannabis industry. So, depending on the result of clinical trials over the next few years, cannabis could very well be the new Holy Grail for Aussie farmers.