Australians No Coca Cannabis Profits 1. Australians don’t grow coca they prefer cannabis profits as their #1 choice. With cocaine in big demand in Australia, why do they not just grow it? Australians pay the third highest price in the world market for their cocaine. Prices fluctuate at around $AUD300 g, making Australia’s cocaine the third highest price per gram in the world behind Kuwait and the United States. All Australia’s cocaine is imported, mostly from South America, making the drug lords huge profits. With the wide-open spaces, arable land, and perfect climate, why is cocaine not grown in Australia? 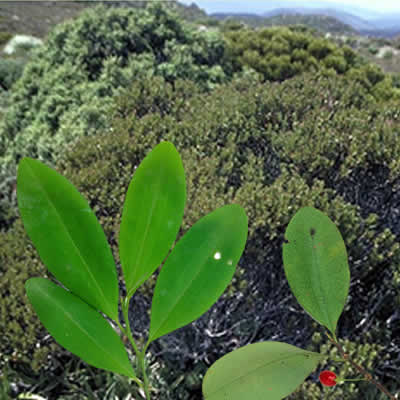 Cocaine is extracted from four different varieties of the cocoa plant Australia, grown in South America. Long before the Europeans discovered the coca plant’s effects, the South American tribes chewed the leaves. In 1855, the active ingredient of the coca plant, benzoylmethylecgonine, was first extracted by German chemist Friedrich Gaedcke. Cocaine was used as an anesthetic and it became big business. Interestingly, Sigmund Freud promoted its use for treating depression and impotency in men.

From this came the building of an industry and a search for other places to grow coca plants. Across the world including India, Australia, Europe, and Southeast-Asia coca pants were grown. It was successfully grown in Java with it becoming the main cocaine producer during the 1920s. Much of Java’s product was imported into The Netherlands. This came to an end with the signing of the 1925 Geneva Convention, which put cocaine on the list of banned addictive substances.

Australians No Coca, Cannabis Profits #1. In short, the coca plant doesn’t grow well in Australia. The coca plant is a woody plant that requires specific growing conditions while cannabis is herbaceous. Cannabis grows quite easily in good conditions. Cultivating and drying cannabis is a simple, quick, cheap process. And, and when you have 1 kg of dried cannabis, it yields 1 kg of product to smoke. Compare this to cocaine, where it takes chemists 297 g of coca leaves to produce 1 g of cocaine. Australians no coca cannabis profits 1 still applies. So, coca plant seeds Australia can be quite difficult to find.

The coca plant flourishes in the high country of the Andes in Bolivia, Peru and Columbia at between 1650 and 4950 feet. The coca plant needs specific conditions to grow successfully. The low atmospheric conditions and high moisture in the air in the Andes make it the ideal place. There are not many places outside of South America these conditions exist together. While these conditions exist in Australia, they do not exist together in areas of arable land. We have coca bush seeds for sale available at our store.

Even if the coca plant could be grown in Australia, the next issue is processing the plant to produce the drug. It takes the skill of chemists and an array of equipment to produce cocaine from the coca leaves. The cost of this prohibits making cocaine in Australia even if it could be grown here. Compare this to cannabis where you get 297 g of cannabis to smoke from the same amount when it is dried. As a result, erythroxylum australe seeds are difficult to find in Australia. Australians No Coca, Cannabis Profits #1.

Australia does have its own version known as the cocaine shrub (Erythroxylum austral). This shrub is native to northern New South Wales, Northern Territory and Queensland. It is illegal to grow and cultivate this shrub in New South Wales. It produces only 0.8% meteloidine which is similar to cocaine. While Australia conducted research into the plant in 1967, there has been no interest in cultivating the plant for use.

So, cocaine is not grown in Australia because costs prohibit it. The other reason is probably the high risk such an operation would be to the operators. On the other hand, cannabis is very popular and you can get your own Aussie Blue cannabis seeds shipped superstealth.