The importance of cannabis trichomes 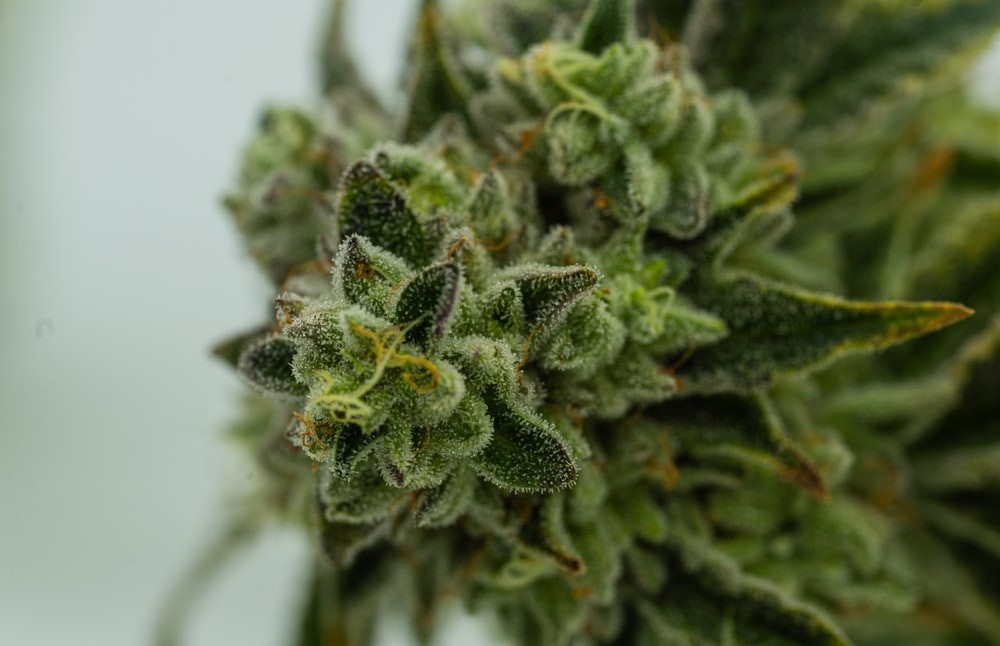 Most cannabis users agree that a healthy layer of trichomes is a good sign of having good weed ahead. But why exactly? What makes the tiny frosted particles in your weed so special? Trichomes are tiny, microscopic, crystalline particles that grow on cannabis. They are what give some buds that frosted look and are valued by recreational and medicinal users for their ability to pack the potency of cannabis.

The word “trichome” comes from the Greek word “Tríchōma”, which means “hair growth”. When viewed under a microscope, trichomes easily resemble hairs or mushrooms. To the naked eye, however, they look more like tiny crystals.

Trichomes are known to make the herb particularly potent and sticky and give off a strong aroma. This is because trichomes are responsible for storing the highest concentration of cannabinoids and terpenes that give cannabis its unique aroma, flavours, and effects.

Trichomes may look identical from a distance, but they come in all sorts of odd shapes and sizes. There are three main types of trichomes that you will typically find on cannabis plants.

These are the smallest trichomes found on cannabis and measure between 10 and 15μm. They tend to appear on the entire plant’s surface and are not visible to the naked eye.

These trichomes are slightly larger and have a more fungal appearance, with a head and stalk. Head-shaped sessile trichomes are more common than tuberous trichomes.

These are the largest and most common trichomes found on cannabis. They are usually 50-100μm wide, making them visible to the naked eye (unlike tuberous trichomes). These trichomes also have a stem and a head, the latter serving as the centre of terpene and cannabinoid production.

WHAT IS THE PURPOSE OF TRICHOMES?

Trichomes are the powerhouses that produce the cannabinoids we love and cherish. They tend to produce these compounds when a plant matures and reaches its flowering cycle. When a plant matures and begins to develop flowers, activity begins in the trichomes. Vacuoles and plastids are transported from the stems of the trichomes to the heads, where they are used to help the cells metabolise and transform into molecules that serve as precursors to cannabinoids.

Scientists and researchers have yet to understand why cannabinoids and terpenes are produced and stored in the trichomes. Some believe that this helps the cannabis plant protect itself from herbivorous predators by producing both a strong aroma and intoxicating effects that can deter predators from eating the plant.

As the trichomes mature, they tend to change colour. Most growers use this to assess the maturity of their plants and decide when to harvest.

Trichomes are extremely volatile and can be easily damaged by light, heat, physical contact or movement, and oxygen. They can also die after some time.

HOW TO SEPARATE TRICHOMES FROM CANNABIS

If you regularly consume cannabis flowers, you will naturally want to make sure you keep as many trichomes as possible on your plant material. However, by separating the trichomes from the plant material, users can create cannabinoid-rich concentrates that are far more potent than regular flowers.

There are several ways to remove trichomes from cannabis plant material. Here are some of the most popular:

Dry sieving involves gently rubbing dried cannabis flowers against a fine sieve. This will produce a fine powder commonly known as kief. Kief is probably the oldest type of cannabis concentrate and is the basis for the original Moroccan hash.

By gently moving the dried flowers over the sieve, you can separate some of the fragile trichomes from the plant’s surface. You can collect this powder, sprinkle it on a joint or head, or turn it into hashish by heating and pressing.

This mixture of trichomes and oil remains on the surface of your hands as a black, tar-like substance. They are then collected and pressed together to make “finger hash” or “charas”.

As the name suggests, this process essentially involves pressing dried cannabis flowers between two hot surfaces to heat and separate the trichomes from the plant material.

The simplest method is to wrap a flower in baking paper and press it between a hair straightener’s two hot irons. The combination of heat and force separates the trichomes from the cannabis plant material to produce a small amount of oil called “sultana”.

This involves putting cannabis flowers and mixture in a container and filling it with alcohol. The mixture is left for a long time and shaken daily to help the alcohol separate the trichomes from the plant material. The mixture is then filtered and heated to remove as much alcohol as possible.

This usually involves putting cannabis flowers in a container and treating them with liquid butane. The butane helps separate the trichomes from the plant material and the resulting mixture is then heated to remove as much of the solvent as possible, leaving behind as many cannabinoids and terpenes as possible.

This method is similar to alcohol extraction. It involves placing cannabis flowers in a container of ice and water, stirring or shaking the mixture, letting it stand, removing the plant material, and then filtering the remaining mixture through progressively smaller screens. This method is commonly used to make ‘ice water hash’ or ‘bubble hash’.

CO₂ extraction is the most advanced form of trichome separation from the cannabis plant. It involves converting the CO₂ into a supercritical fluid and using this fluid to extract the cannabinoids and terpenes from the herb. This process is highly technical and requires professional laboratory equipment.