Kronic synthetic weed online Australia. Kronic in name, and Kronic in nature. This entirely synthetic form of cannabis can be a ticking time bomb of death. Also, known commercially as Kaos, K2, Northern Lights, Voodoo, Marley, Mango Kush and Spice. It’s illegal to manufacture, distribute, sell or use synthetic cannabis anywhere in Australia. It’s absolute rubish and it should be avoided at all costs.

Pharmaceutical cannabis became popular a while back, when it was legal in Australia. Manufacturers were trying to outsmart Australia’s cannabis laws by producing a legal chemical version. Synthetic cannabis in Australia was a good replacement for natural cannabis. At least for profiteers that don’t give a crap about you. With growing reports of its negative effects, synthetic cannabis soon made it onto the banned drugs list on Schedule 9. 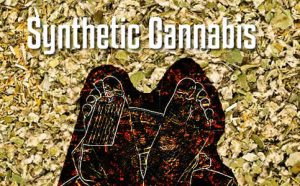 Kronic is one of many names for synthetic weed online Australia. Dried plant matter sprayed with chemicals imitate the high from smoking natural cannabis. The cannabis plant produces natural cannabinoids with the most well-known being THC. It’s the THC that produces the natural high cannabis is famous for. Synthetic cannabis functions in the same way as the natural version. Real weed is known as cannabis sativa or cannabis indica. The low quality high produced from in synthetic chemical weed is by using an unpredictable mix chemicals. It’s an aweful mix of stuff you don’t want to be ingesting. Only the young and indistructable Aussies are target marketed for this rubbish. The old school hippies know better.

Manufacturers use manmade chemicals like 497C8, JWH-018 and CP-47 to make powdered cannabinoids. No-one knows what chemical compounds are behind these innocuous names. They mix these with acetate then spray it on to whatever dried plant material is available. In Australia, synthetic cannabis is available in some specialist tobacconists and adult only shops. The most common access is through the internet.

Kronic comes in a foil sachet containing up to 3 g of product. Kronic was introduced as a legal alternative to cannabis. Australian states soon closed up loopholes in legislature to ban it. But, manufacturers, trying to stay a step ahead of the law, constantly change the makeup of the chemical compounds. This is dangerous for users buying their supply from the internet as you do not know what you are buying. And sellers do not really care about how product affects you, as long as they get paid.

Can you get high on synthetic weed?

The effects are completely different to the natural cannabis plant and its effects. Kronic does not contain THC. Theoretically, the chemicals give users a similar stone as natural cannabis. But, the effects are unpredictable as there is no consistency in how synthetic cannabis is produced. Some people say they get no effect from the synthetic cannabis and others report all sorts of terrible side effects.

Little research has been undertaken on synthetic cannabis and its effects, but people report adverse side effects. Some Kronic users report the normal side effects associated with the use of natural cannabis such as paranoia and anxiety. But, more serious effects such as brain swelling, hallucinations, chest pains, nausea, panic attacks, headaches, seizures, and aggressive tendencies have affected people using synthetic cannabis products like Kronic. So, the risks are high.

There is no data on what is contained in batches of synthetic cannabis and the doses are unknown. Two deaths associated with synthetic cannabis in 2015 occurred in Queensland. So, it is difficult to assess its effects or whether it is safe to use. If you want to get stoned it is safer sticking to the natural cannabis. At least, if naturally grown, it does not contain harmful manmade chemical compounds. A seed bank created the world’s strong weed Sky Heaven, using genetically modified cannabis.

The chemicals are experimental chemicals developed for injecting into animal brains to study how cannabinoids work on the system. Chemicals are not approved for human use. There is no research into synthetic cannabis side effects, addictiveness, or long-term damage to users. There is no understanding or information available on exactly how these affect you when you use them.

You take a huge risk buying and taking synthetic cannabinoids. You are far better off smoking the real thing if you want to get high. At least you know it will not kill you and is unlikely to leave you with long-term debilitating effects. Just stick to nature and keep things simple, it can go a long way for a better you. Stay away from buying synthetic weed online Australia, it’s not real weed mates, keep it real. You’re way better off growing your bud at home. This way you can control the quality, growing using organic methods that won’t be detrimental to your mind and body.