Home › Articles›News › How to prepare a cannabis tincture without alcohol?

How to prepare a cannabis tincture without alcohol? 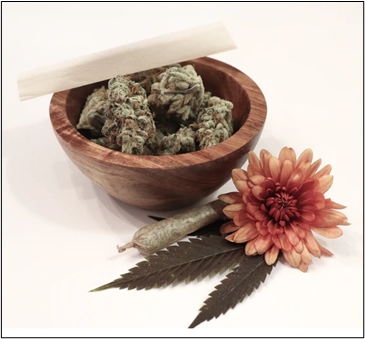 Cannabis tinctures are discreet, powerful and convenient to use. The following recipes make it easy to make tinctures even if you want to avoid alcohol.

When making tinctures, alcohol is the standard solvent used. Why is this so? Because alcohol is very efficient at extracting cannabinoids, which makes for a very potent tincture. In addition, ethanol promotes speed of absorption, which means that the effects can be felt almost instantly. However, as well as being very expensive in its pure form, not everyone wants to consume alcohol. If you are sensitive, even a few drops of high alcohol content can have a noticeable effect. This is where the alternatives to alcohol come in, and fortunately they exist. The most commonly used non-alcoholic solvent is glycerine, a common food ingredient that is safe to consume.

Glycerin is of animal or vegetable origin, the latter being the preferred choice. It is widely available in pharmacies and sold as a pure sweetener. The sweetness is an advantage, as it makes the tinctures very palatable and pleasant to consume. However, glycerine tinctures have a limitation, namely their potency. It has been found that glycerine only contains about 1/3 of the cannabinoids that alcohol can, so you have to consume a little more to get the same effect. The boiling point of glycerine is 290°C, so it is impossible to reduce the liquid as you could with alcohol, which would increase the concentration. The only way to make glycerine tinctures stronger is to re-impregnate the infused liquid with fresh material, but this has its limitations. Although they are never as strong as alcohol-based tinctures, their strength is generally not a problem when a little more is consumed.

Because of their sweet taste, glycerine tinctures are ideal for use in dishes, as well as for consumption on their own, by the drop. There are basically two methods of preparing glycerine tinctures: with or without heat. Heating has the advantage of speeding up the process considerably, but has the disadvantage of boiling some terpenes and losing some flavour. If you are looking for the healthiest product, cold maceration is the best option. If you need your tincture real quick, it will be with heat.

Here is what you will need:

THE CROCK POT METHOD – WITH HEAT

Although the clear jar method takes much longer, it preserves the terpenes more effectively. As for storing your cannabis tincture, it is recommended that you put it in the fridge, which will extend the shelf life. If you use this method and no heat is applied, the tincture will not be orally active. To make it active, decarboxylate the material either before soaking or by placing the final liquid in a hot oil bath for half an hour.

Depending on the amount of herb and glycerine used, the tincture can be more or less potent. Experiment with the dosage until you find the right amount, but generally start at the bottom. If one drop doesn’t do the trick, try two, then three, etc. The tincture is ideal for infusing food – just add the desired amount to the dish of your choice. It is also possible to use the glycerine tincture in an electronic cigarette, but the effects will not be very strong.