How cannabis and cannabis can relieve the symptoms of rosacea 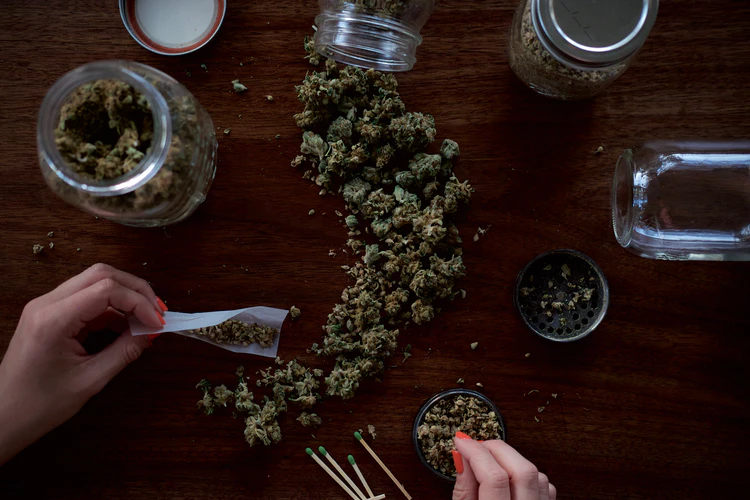 Rosacea is a common skin condition characterised by raised blood vessels, inflammation and inflamed bumps on the face. There is currently no cure. However, cannabinoids and cannabis seed ingredients can help to effectively reduce the symptoms.

Rosacea is a common and long-lasting skin condition characterised by raised blood vessels, facial redness and inflamed bumps on the chin, forehead, cheeks or nose. This disease disrupts the balance of the skin’s connective tissue, which causes blood vessels in the face to dilate.

ROSACEA: IS THERE A CURE?

Rosacea has obvious psychosocial effects which worsen and become chronic as the disease progresses. Most patients report that the disease eventually led to a partial loss of self-esteem. Rosacea is not curable, although mild forms can be treated topically with the vitamin A derivative retinal. In other cases, symptoms can be controlled by oral or topical antibiotics and steroids. These drugs can have side effects and even worsen the disease. The most serious cases are treated surgically using lasers and pulsed light.

What about cannabis? Current research has shown that our endocannabinoid system is involved in protecting and regulating skin functionality. According to patient experience, cannabinoids such as THC and CBD have the potential to control and alleviate disease symptoms.

HOW CANNABINOIDS HELP WITH ROSACEA

Cannabinoids, including THC, CBD and other substances in the flowers, as well as oleic acid and polyunsaturated fatty acids in cannabis seeds, have the potential to help with rosacea. CBD and THC may be effective in rosacea because they modulate the endocannabinoid system and other biochemical receptors. This regulates many physiological processes. These receptors are found in the body and throughout the skin. The chemical activity between messenger substances and receptors can affect the growth, functionality and balance of skin cells. Studies have shown that cannabinoids positively modify skin receptor responses, often resulting in anti-inflammatory, antioxidant, sebostatic and even anticancer effects.

As a result of some recent discoveries, a wide range of cannabis and cannabis-derived products are now available and widely used for the treatment of various inflammatory skin diseases with symptoms similar to rosacea. The treatment of this condition with cannabis is still not well understood, so we have to rely on positive anecdotal evidence from patients. Cannabis has been shown in both clinical and laboratory studies to reduce sebum production and reduce inflammation. The anti-inflammatory effects of THC and CBD have been shown to help reduce redness and irritation, and topical application of THC helps to reduce symptoms of allergic inflammation.

RELIEF OF ROSACEA WITH CANNABIS

Proper natural treatment of rosacea should include lifestyle changes such as limiting smoking, alcohol consumption, exposure to sunlight and sudden changes in temperature, eating spicy foods, using certain detergents. In addition, oily skin creams should be avoided, a healthy diet should be followed, and the causes of stress should be reduced. It is not that simple.

Although there is no cure for rosacea yet, research continues to show that cannabinoids can help with various skin conditions and can reduce irritation, dryness, swelling, burning and itching. Sometimes the results appear very quickly. For a complete skin treatment with cannabis, incorporating hemp seed oil and other cannabis-based foods into the daily diet is a good way to provide the body with some of the substances that can treat rosacea from the inside.

To make sure that the product used is from a reputable producer, it is advisable to consult a doctor or pharmacist before starting treatment with cannabis. While we await the promised pharmacological treatment of rosacea and other skin diseases with cannabinoids, all cannabis skincare products from well-known and reputable companies can be considered more or less safe. On the other hand, smoking any plant or synthetic material is a sure way to worsen skin conditions.