Australian licence to legally grow medicinal cannabis in 2016. Head of Mullaways Medical Cannabis in Crescent Head, Australia, has flirted with the law for many years. Tony Bower grows cannabis to make medicinal tinctures available to the public. He has been doing this for 13 years. Of course, all this is illegal in Australia so he continually puts himself at risk of jail time for helping people with his medical cannabis.

Australian legislation only legalised cannabis for medical use in 2015, but his medical products were not chosen for clinical trials though his customers swear it works. Mr Bower believes he can make his medical tinctures and sell them for far less than big pharma. He is feeling the effects of many calls for help from across the country but is unable to supply them for greater risk to himself. 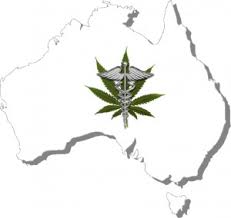 Great news came in September of this year. After a hard fight of 8 long years, Mr Bower has been accepted for medical cannabis trials in New South Wales. Now he is going through the licencing process, which is another step closer to his Mullaways Cannabinoid Tincture going through human scientific trials for the purpose of registration with the Australian Registration of Therapeutic Goods.

Mr Bower registered Mullaways federally in 2008. It was the first organisation of its type with government registration. Mr Bower’s intention for the company was for scientific research into the medical benefits of cannabis. He was interested in educating himself and the wider public about its medical uses. The company also focuses on developing medicines derived from cannabis to help manage chronic pain and nausea.

Mullaways Cannabinoid Tincture was developed through years of trial and error, and research. It is designed to help the body regulate anandamide. This is a neurotransmitter the brain produces to bind the naturally occurring THC receptors in our brains. This the part of our brain that gives us happiness, joy and love. Anandamide does more than produce blissful states of mind. It also affects the part of the brain such as motivation, physical movement, perception and thought processes, as well as memory.

Answering To The Law

In a bid to continue supplying his 150 plus customers, Mr Bower continued growing medicinal cannabis while still on a 12-month behaviour bond for previous cultivation charges. Police found his crop of 76 plants from the air. He was given a 12-month jail sentence, reduced to 6-month good behaviour bond on appeal. The judge agreed Mr Bower grew cannabis to help people rather than to make money. During the sentencing, Judge Conlon mentioned that many politicians were talking about medicinal cannabis publicly.

After this Mr Bower has promised to continue supplying his tincture, but legally. He is doing everything possible to bring Mullaways and its products under NSW laws. He will continue the fight to bring his medicinal cannabis products to the people who have come to rely on them.

Mr Bower’s clients, many of them children, rely on his supply of medicinal cannabis to them to help manage their health problems daily. He has been supplying medicinal cannabis to ill people for more than 10 years. And, believes he can make affordable products in comparison to corporate pharmaceutical companies. It appears with cannabis regulation comes high prices.

One of those customers is Victoria’s Cheri O’Connell who’ daughter Tara has Dravet’s Syndrome. She uses the Mullaways Cannabinoid Tincture to help control her daughter’s seizures, which were occurring up to 200 times a day. She was expected to die before she turned 9. But, the medicinal cannabis has helped this little girl, who now does all the things they thought were once impossible.

Now with regulation comes fear the price will skyrocket. Tara started taking Mr Bower’s tincture in 2013. She takes it several times a day. Mr Bower does not charge for the product, but it is believed the price will start at around $30 depending on size and strength. This compares to up to $2000 a month importing from overseas.

Along with the worry about costs, comes the worry of Tara being kicked out of school. Tara has already been excluded from a school because she needs to take medicinal cannabis several times a day to regulate her seizures. This can happen again at any time if someone decides Tara cannot use it at school anymore. State governments still have catching up to do to bring their laws in line with federal laws to allow patients to use medical cannabis without fear of retribution.

Mr Bower raised $10 million privately to invest into setting up substantial trials. But, with the process so difficult in NSW he considered moving to Victoria to continue his work. After 8 years of fighting, on September 14, 2016 Mr Bower announced on his Facebook page that he had finally been accepted to do medicinal cannabis trials. He says they are just working through the licencing details now.