Australia’s stock exchange is hotting up with new pot players entering the fray to take advantage of new federal pot laws. Amendments to the Federal Narcotics Act has Australia sitting at the cusp of a major new industry with the potential to bring in billions of dollars.

Four new medicinal cannabis players have listed on the ASX (Australian Stock Exchange), getting in on the ground floor of a fledgling medical cannabis industry. Many strategic alliances are forming to take advantage of a new industry. 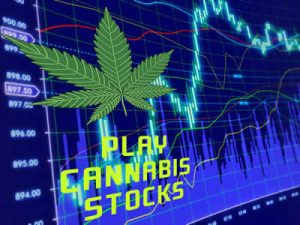 Late 2016 saw the California-based biotechnology company, Zelda Therapeutics enter the ASX after its reverse takeover of Gleneagle Gold. Zelda Therapeutics was formed to further research into medicinal cannabis. Working with the world’s top researchers and clinicians in the field, they are developing new products from an “ancient medicine”.

It has strong links with Australia and the company “was formed to fund clinical efficacy trials of cannabis formulations…” (Zelda Therapeutics). The focus is on medications for breast cancer, sleep disorders, skin disorders and for general wound care.

Another company to hit the ASX in late 2016 is AusCann after a successful reverse takeover of the wine management company TW Holdings. After making a loss of $300,000 in 2015, TW Holdings sought investors from new industries.

AusCann is partners with Zelda Therapeutics and Canopy Growth Corp in North America. Canopy’s investment of CAD$1,7 billion makes it a major investor in the company. AusCann also has the benefit of Canopy’s expertise in manufacturing high grade medical cannabis products from the grassroots up.

AusCann’s products target chronic pain (estimated to be worth AUD$5.8 billion a year in Australia alone), childhood epilepsy, nausea caused by chemotherapy and palliative care symptoms. The company has worked towards establishing themselves in the cannabis industry in Australia since 2014.

MMJ PhytoTech is a new Australian company established to develop delivery systems for cannabis dosing in patients. Its initial focus is countries with medical cannabis laws such as Canada, Israel, US and Europe, as well as New Zealand and Australia with new legislation pending in different states. Its intention is “to deliver prototyping, human trials, international patents and licensing to international pharmaceutical companies in return for royalties” (MMJ PhytoTech).

MMJ Phytotech is made up of the following entities:

Another new Australian player, on the ASX, Creso Pharma, want to raise $5m to further develop its technologies and CBD rich products for the human and pet healthcare industries.

It is developing CBD products based on three technologies:

There are new and emerging new players hitting the ASX, hoping to get in on the emerging medicinal cannabis in Australia.